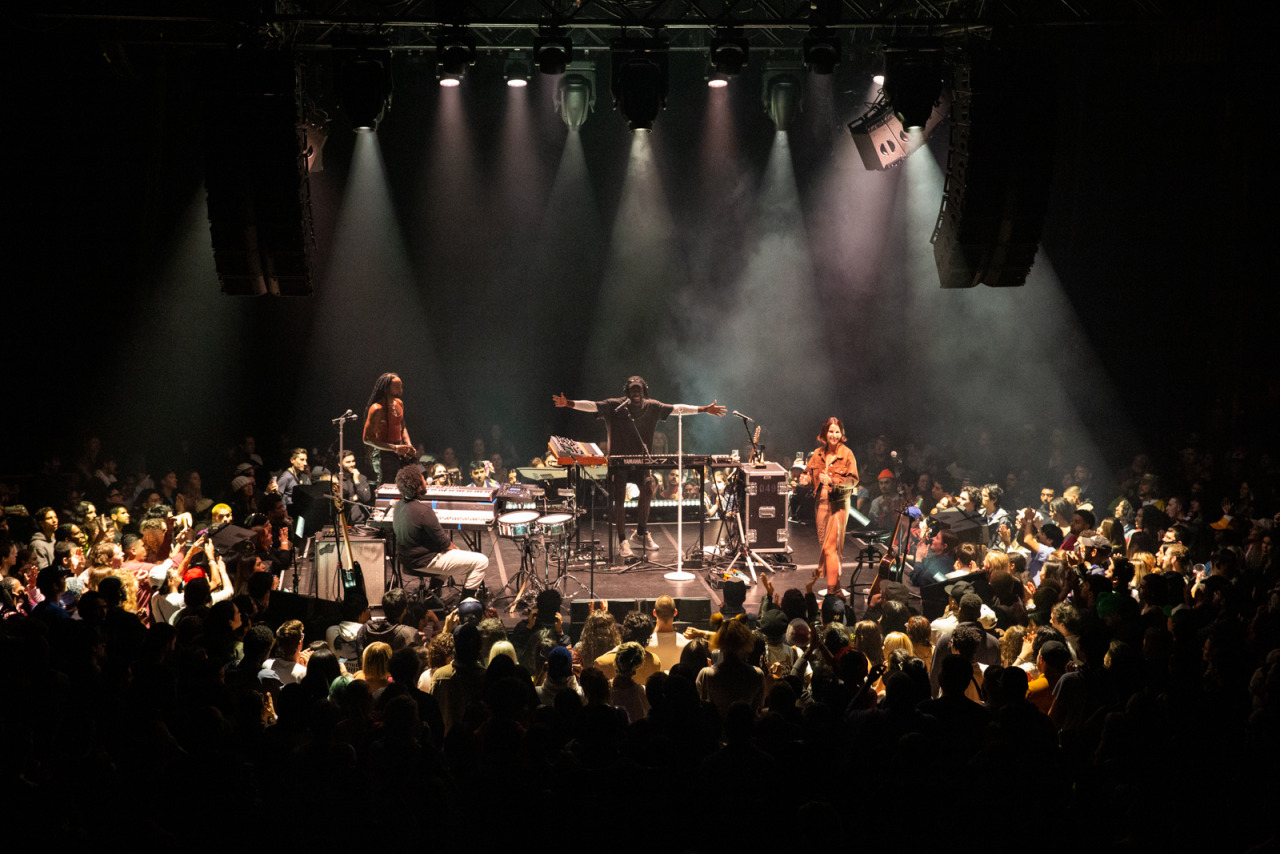 The last Blood Orange LP came out four years ago, but Dev Hynes has remained busily productive working on film and TV soundtracks ever since — and most recently, doing a long run of shows at the Garden opening for Harry Styles. Nevertheless, he’s still found time to return with a new Blood Orange EP, Four Songs, which dropped last month. And on Sunday, the first of two nights at Brooklyn Steel, he celebrated its release in-the-round.