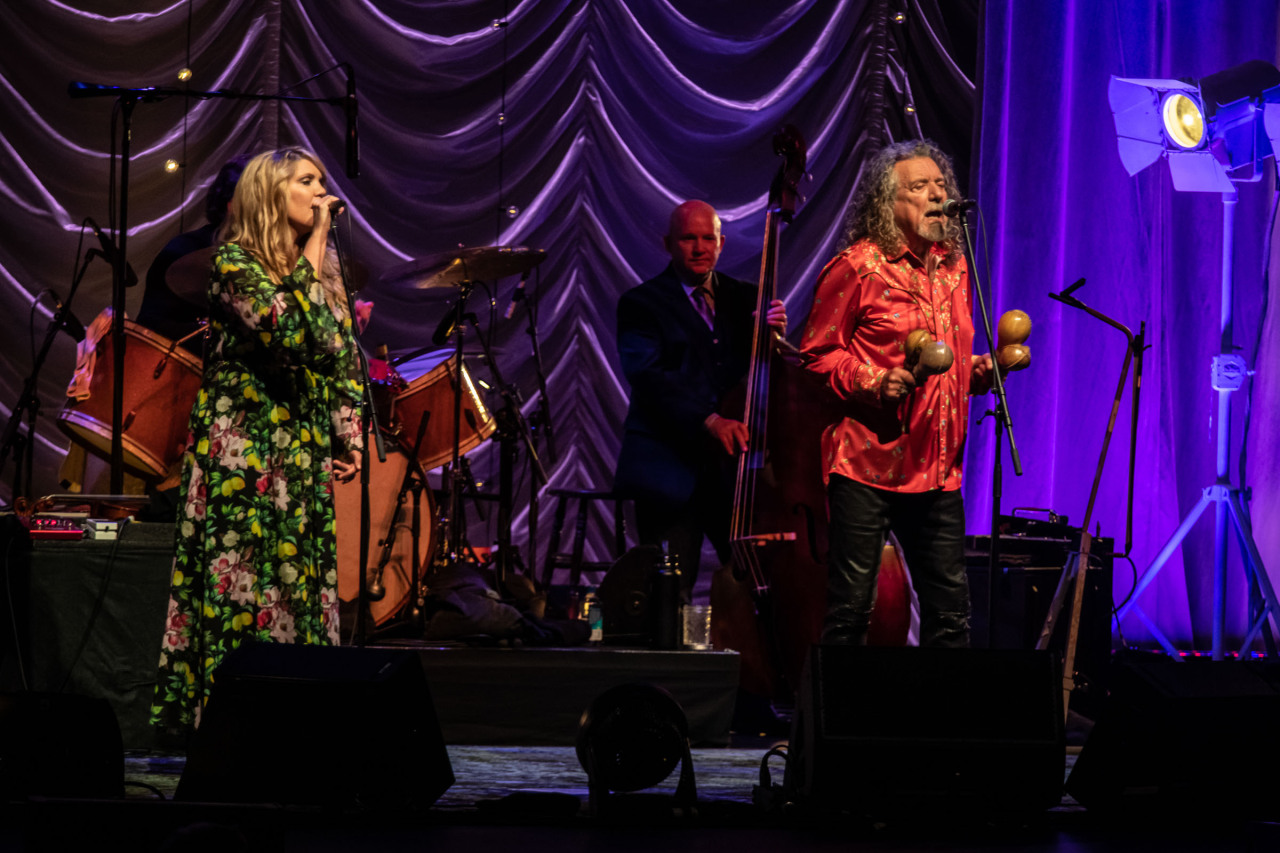 Pairing a rock musician with a bluegrass-country singer might seem curious at first glance, but famed Led Zeppelin singer Robert Plant and equally renowned singer-producer Alison Krauss converge to make sweet music. Dubbed a superduo, they first surprised fans with this union back in 2007 with their debut album, Raising Sand. The two have been dismissing any romantic relationship for more than a decade, and Krauss recently described their nonmusical relationship as “happily incompatible.” What cannot be argued is that the musical connection is an award-winning partnership, having won six Grammys as a pair. The lauded duo returned with a follow-up, Raise the Roof, last fall and culminated its supporting tour at a sold-out Beacon Theatre on Monday night.

As with the first album, the sophomore effort is another collection of covers that the two happily performed, opening with “Rich Woman,” a Li’l Millet and His Creoles cover. While a red-satin-shirt-clad Plant took lead on Benny Spellman’s “Fortune Teller,” it was Krauss’s piercing sirenlike calls that wowed the room as her voice reverberated throughout the venue. The two would trade off lead from song to song. In a floor-length floral dress, Krauss accompanied with fiddle and backing vocals on “Please Read the Letter,” while Plant shook maracas on “Last Kind Words Blues.”

The spare original “High and Lonesome” (penned by Plant and T Bone Burnett) elicited claps all around, but it was the classic Zeppelin tune “The Battle of Evermore” that culminated in a standing ovation. Plant and Krauss employed Everly Brothers harmonies, appropriately singing “Gone Gone Gone (Done Moved On)” before returning to encore with another of the brothers’ hits, “Stick with Me Baby.” And then the rollicking Randy Weeks ditty “Can’t Let Go” put a stamp on the evening. —Sharlene Chiu | @Shar0ck