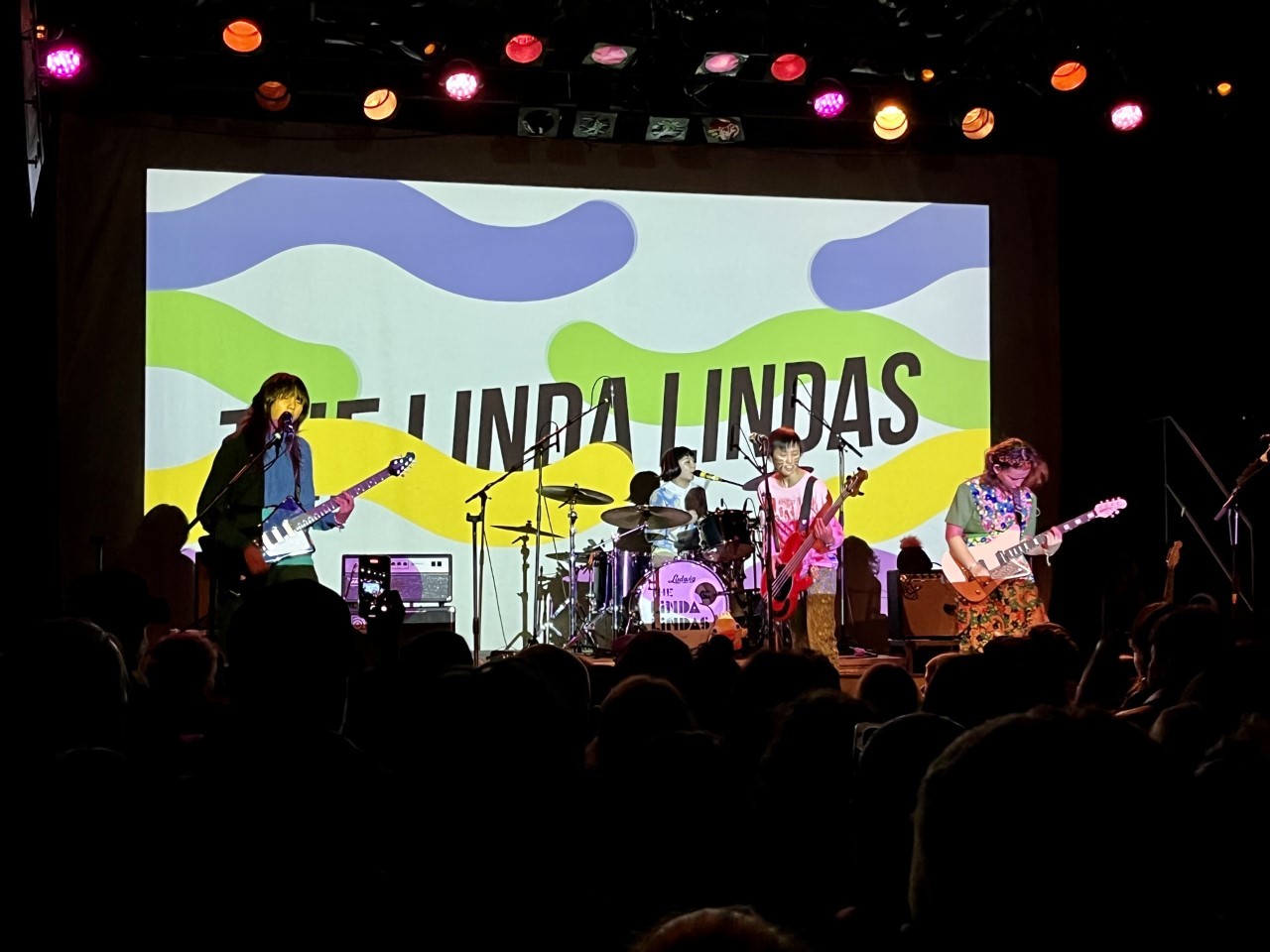 Viral (noun): an image, video, advertisement, etc., that is circulated rapidly on the Internet. The Linda Lindas literally went viral once a video of them playing their local library garnered praise from the likes of Bikini Kill’s Kathleen Hanna, Flea, Thurston Moore and Tom Morello. As AAPI hate was on the rise, the song “Racist, Sexist Boy” was penned after drummer Mila de la Garza was on the receiving end of a racist comment from a classmate. Opening for two Asian queens, Karen O of Yeah Yeah Yeahs and Michelle Zauner of Japanese Breakfast, the night before at Forest Hills Stadium, the teen sensations headlined their own sold-out show at Music Hall of Williamsburg on Sunday night.

With a crowd of young girls and their dads, the evening was certainly all ages to say the least. Guitarist Lucia de la Garza called for kids to come up front and ensured they had decent sight lines. The girls opened with a cover of the Blue Hearts’ “Linda Linda,” which fittingly was the inspiration for their band’s name. The eldest of the group, Bela Salazar, introduced a pair of songs she wrote about her cats, “Monica” and “Nino,” which many of her fans were already quite familiar with. Salazar then led the crowd in a guttural scream to release a case of the Sunday Scaries, the dread of school and work for the next day, prancing from end to end knocking Lucia’s mic off her stand. As if these teens couldn’t be more endearing, Lucia drank orange juice, which is on their rider, as well as salsa that Salazar requested but didn’t have time to consume.

After a headbanging tutorial that was given by Lucia prior to rocking out to “Why,” bassist Eloise Wong commented on the post-headbanging neck stretches as a reminder of her P.E. class. Wong further thanked the audience as the show had been previously postponed and the band expressed their gratitude about finally performing in New York City. Admitting that they hadn’t played “Vote!” live in some time, they felt it was especially important for the upcoming election as three out of four members aren’t old enough to vote, further encouraging those who can vote to exercise the right. The tail end of the show unleashed a cover of the Go-Go’s “Tonite” and the aforementioned viral hit, “Racist, Sexist Boy.” For the grand finale, openers Bacchae and Sub*T joined the headliners for the Bikini Kill cover “Rebel Girl” to cap off a raucous night. —Sharlene Chiu | @Shar0ck