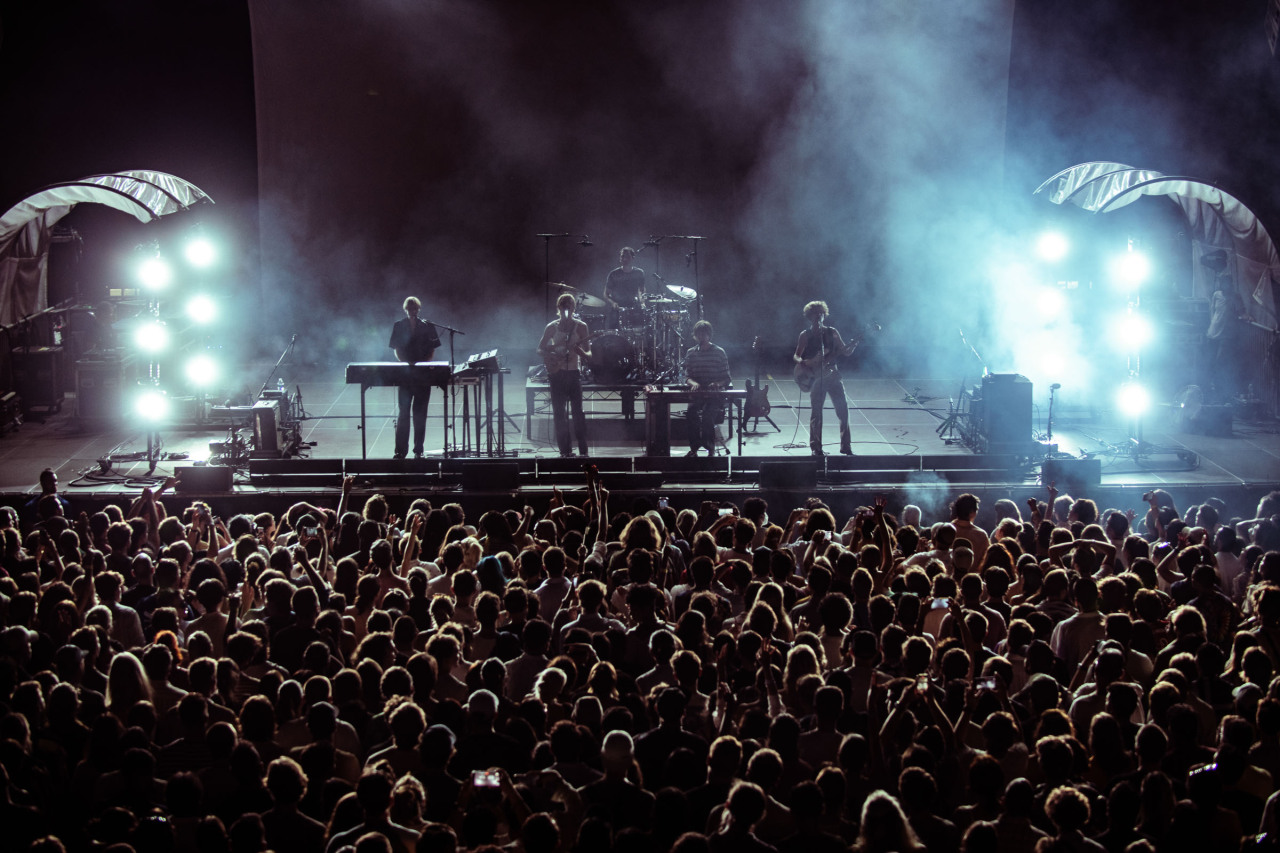 Parcels, formed in Byron Bay, Australia, burst onto the international scene with an eponymous “debut album that’s cheeky, timeless and devilishly catchy” in 2018. And despite all the anticipation and expectations from fans and critics, the quintet delivered on a sophomore release, returning last fall with the ambitious double LP Day/Night. (“This daring album sets yet another high bar for this band and leaves us itching to find out where they’ll go next,” says NME.) After a pair of weekend shows at Brooklyn Steel, they brought their funk-friendly disco dance party and full-band five-part harmonies to SummerStage in Central Park on Wednesday night.