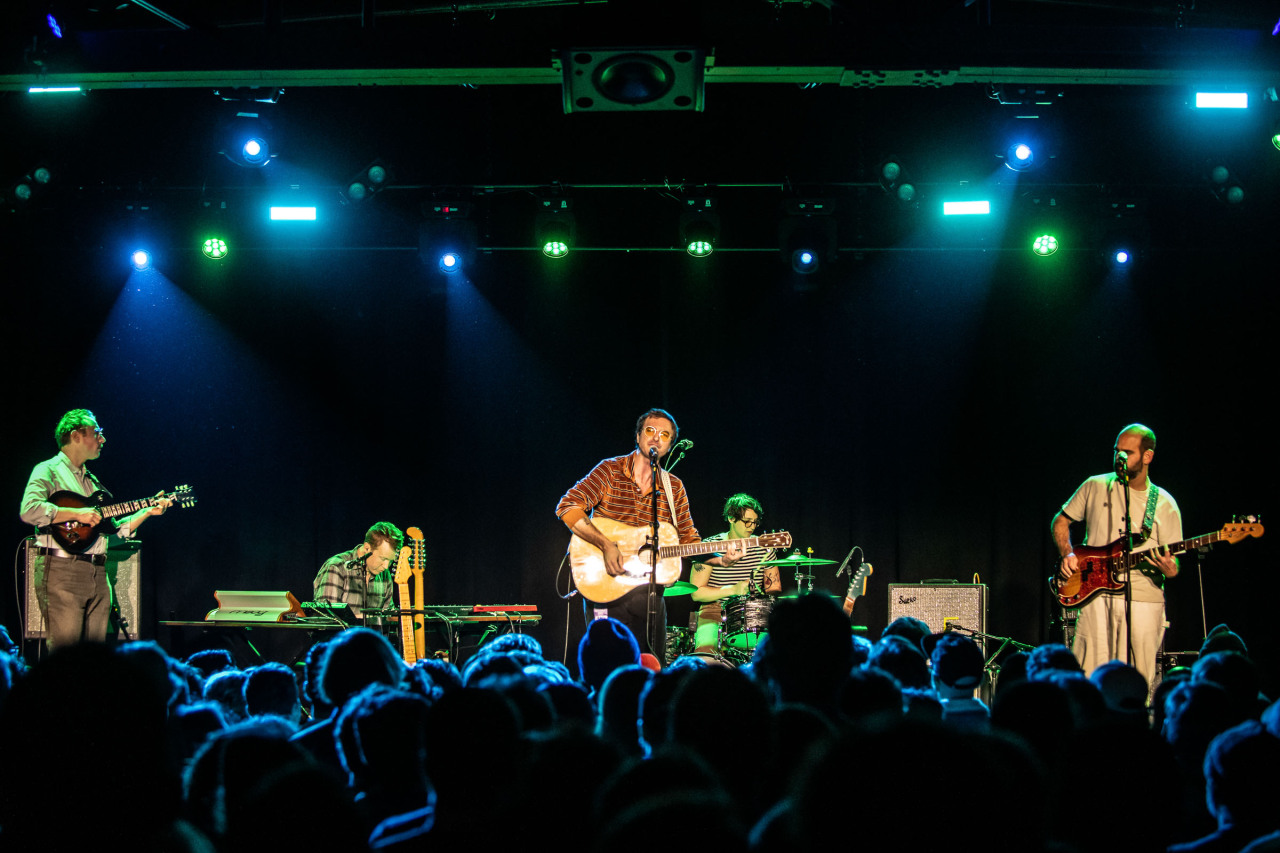 “It’s great to be back at Racket, my favorite venue, after all these years,” said Real Estate keyboardist Matt Kallman in jest. The band took the stage on Saturday, headlining the first-ever show at the newly opened Meatpacking District venue, following the gorgeously harmony-laden and slide guitar–rich opening set by Cut Worms.

Despite Larry David believing January 7th is too late in the year to say, “Happy New Year,” new was still the theme of the night, with Real Estate debuting four new songs they’d been working on for the past year. Saturday was also a homecoming of sorts for the New Jersey–based band. They kicked off with a cover of the Clean’s “Anything Could Happen,” an homage to the recently passed Hamish Kilgour (the New Zealand group’s frontman). “We played that at our first show ever,” said bassist Alex Bleeker. He asked the audience by a show of hands what they thought of the new songs, to a very warm reception, noting that they were all played live for the first time. “We didn’t even ask you to put your phones in little bags,” joked Killman. The performance otherwise pulled evenly from their past albums. “It’s Real,” the crowd favorite, may as well serve as the band’s theme song. “Paper Cup,” off their last release, finished with a hefty jam session eventually carved up by a tasteful shred from lead guitarist Julian Lynch.

At the set’s conclusion, Real Estate brought out the only shirt they printed with the graphic from the show poster to give away. Singer Martin Courtney turned around to throw it to the audience with his back to them, but the shirt hit the rafters and landed in the first row, really hammering home the night’s theme of firsts. —Dan Rickershauser | @D4nRicks