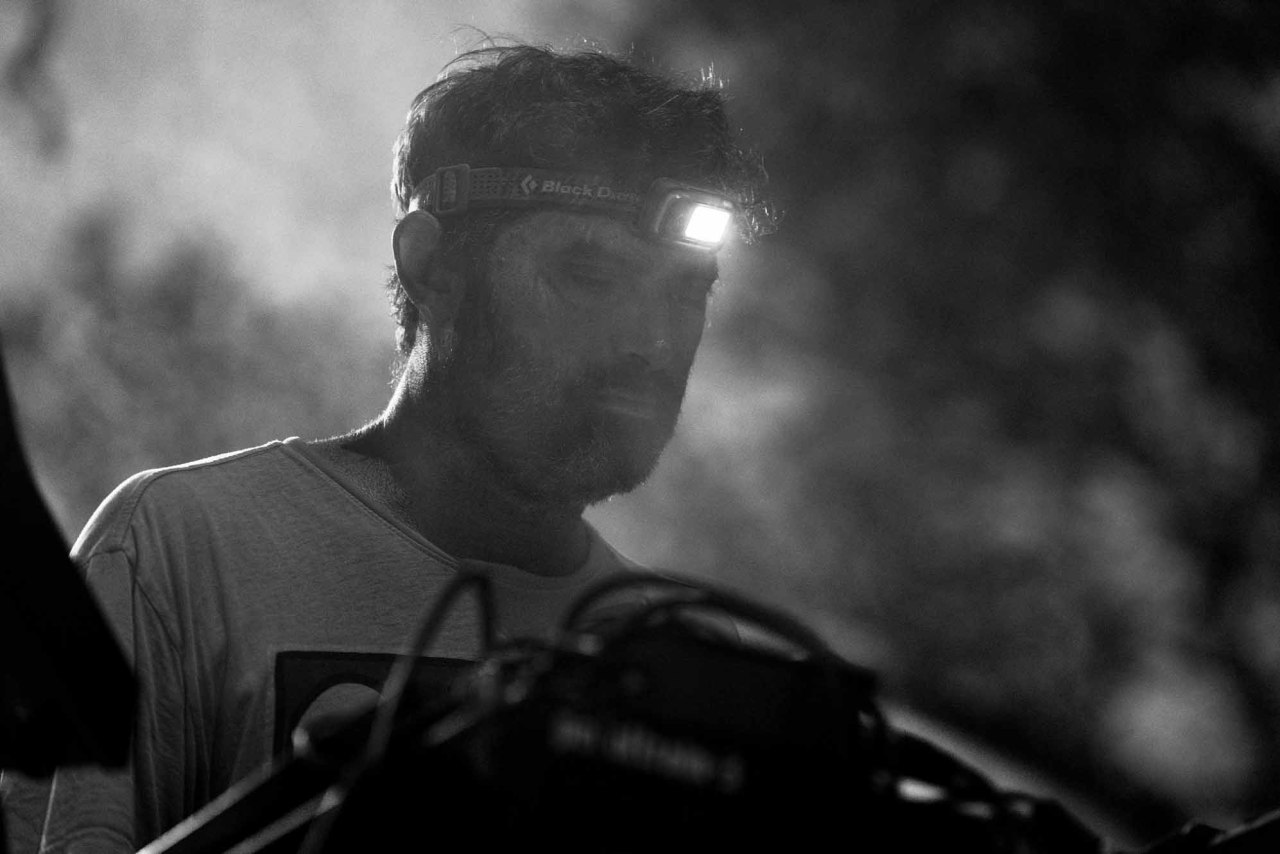 Animal Collective appear to have strange powers. I’m not the first to say they’re a spiritual and sonic journey, that there is something meditative in the quartet’s signature sound. But on a Tuesday night in Central Park, the band held off a much-discussed torrential downpour until the set’s very last song. Coincidence? Probably. And yet, dancing in the rain to “The Purple Bottle” (Feels, 2005), I’m not not convinced it was their doing.

Coming off the February release of Time Skiffs, the band’s first album since 2016, AnCo delivered a beautiful set that plumbed the band’s decades of adventurous experimental music, while heavily featuring the new record. “Dragon Slayer,” off Time Skiffs, floated gently into form mid-set, Dave Portner/Avey Tare’s vocals blossoming and Noah Lennox/Panda Bear’s drums effortlessly keeping pace. Animal Collective are masters at blending not only form but also feeling. In the great tradition of psychedelia, they have a knack for making your brain feel like it’s become a liquid light show. On “We Go Back,” also off Time Skiffs, the loop-like keys and lyrics make for a poppy, near-manic chorus that melts and distorts at song’s end: “I stood for a moment and the sun went down / I got sad for the sun ’cause I would get lonely.” And “Car Keys” is a new classic, total jam-inspired AnCo canon.

The band played some excellent deeper cuts, too. “Applesauce,” a wacky song that Portner once said was simply based on eating fruit, from 2012’s Centipede Hz, and “Chores,” off my favorite, 2007’s Strawberry Jam, were highlights. But who am I kidding: Nothing can really beat hearing “Bluish” (Merriweather Post Pavillion, 2009) live, a Beach Boys–on-mushrooms love song that sends my heart near-bursting. “I’m getting lost in your curls / I’m drawing pictures on your skin / So soft it twirls.” As the whole of the SummerStage crowd lost its collective mind at show’s end to “The Purple Bottle,” I got emotional. When pleasure and joy can seem increasingly distant these days, it’s a salve to know we have this and each other. Such is the power of Animal Collective, and I’m grateful. —Rachel Brody | @RachelCBrody