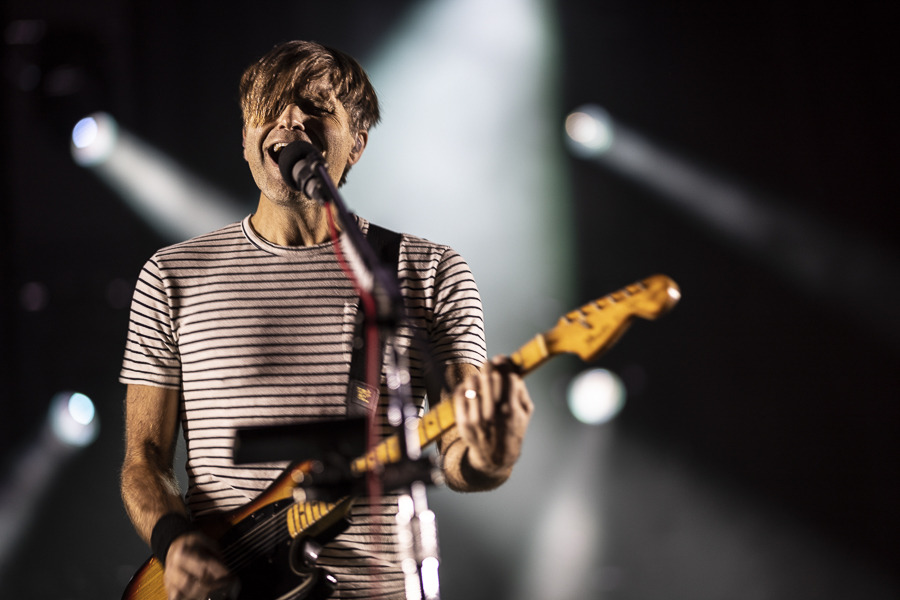 Death Cab for Cutie’s just-released 10th studio album, Asphalt Meadows, is reminding fans and critics alike of the band’s classic sound. “Asphalt Meadows doesn’t merely repeat the melancholy of their work in the early aughts. Instead, it expands and deepens their signature sound without abandoning it,” says PopMatters. “Both lyrically and musically, this is mid-life work, a hard-won maturity that is honest about failure while holding the door open for novelty and hope.” And as good as the recorded material is, it sounded even better live on Friday night at Forest Hills Stadium.