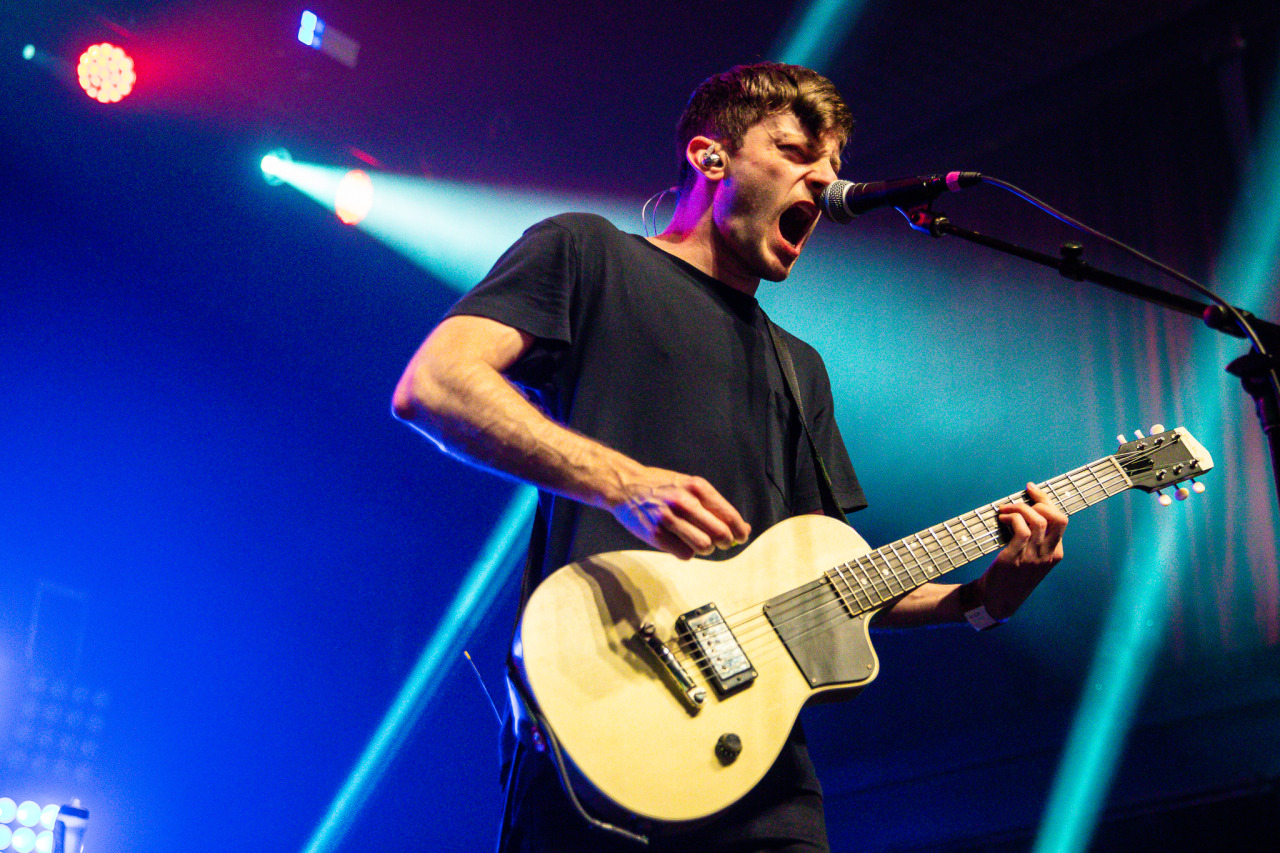 PUP Have Everyone Shrieking Along at Terminal 5 on Wednesday Night

PUP are a group exercise. The Toronto pop-punks may write primarily about internal dramas—deadening depressions and stomach-churning bouts of self-hatred, and “DVP,” one of the most anthemic of their many anthems, is about getting so fucked up that you can’t speak and then speeding down a highway. But their shows are always a big shriek-along. And despite the lyrics dealing with grisly personal battles, by the chorus the whole band gets involved in the gang vocals, and on Wednesday night at Terminal 5 the whole audience, from the front to the back and to the balcony, crooned as one.

Why? Well, one of the band’s refrains that fans most like screaming is “Why can’t we just get along?” from the deranged, pleading coda to “If This Tour Doesn’t Kill You, I Will,” PUP’s sardonic ode to friendship and camaraderie. It’s a cathartic thing to scream after an evening of getting beer spilled on you by your fellow PUP fans, or after accidentally getting too close to the mosh pit and getting hit by the one guy who’s starting to crowd-kill. Lead singer and guitarist Stefan Babcock stopped mid-song for that guy: “We had such a good vibe so far, don’t mosh like that, man. It’s cool, I know at hardcore shows people do things differently than at PUP shows.”

I started to feel bad for that guy, even though crowd-killing at Terminal 5 is obviously stupid. I hope he walked it off, didn’t feel too embarrassed and enjoyed the rest of his night. He tried to have everything his way, but then was made to compromise so that everyone else could have a good time, too. He didn’t get what he wanted, but in the end, I bet he still had fun. That’s the thing about PUP’s music, it’s just about trying to make shit work together. —Adlan Jackson | @AdlanKJ