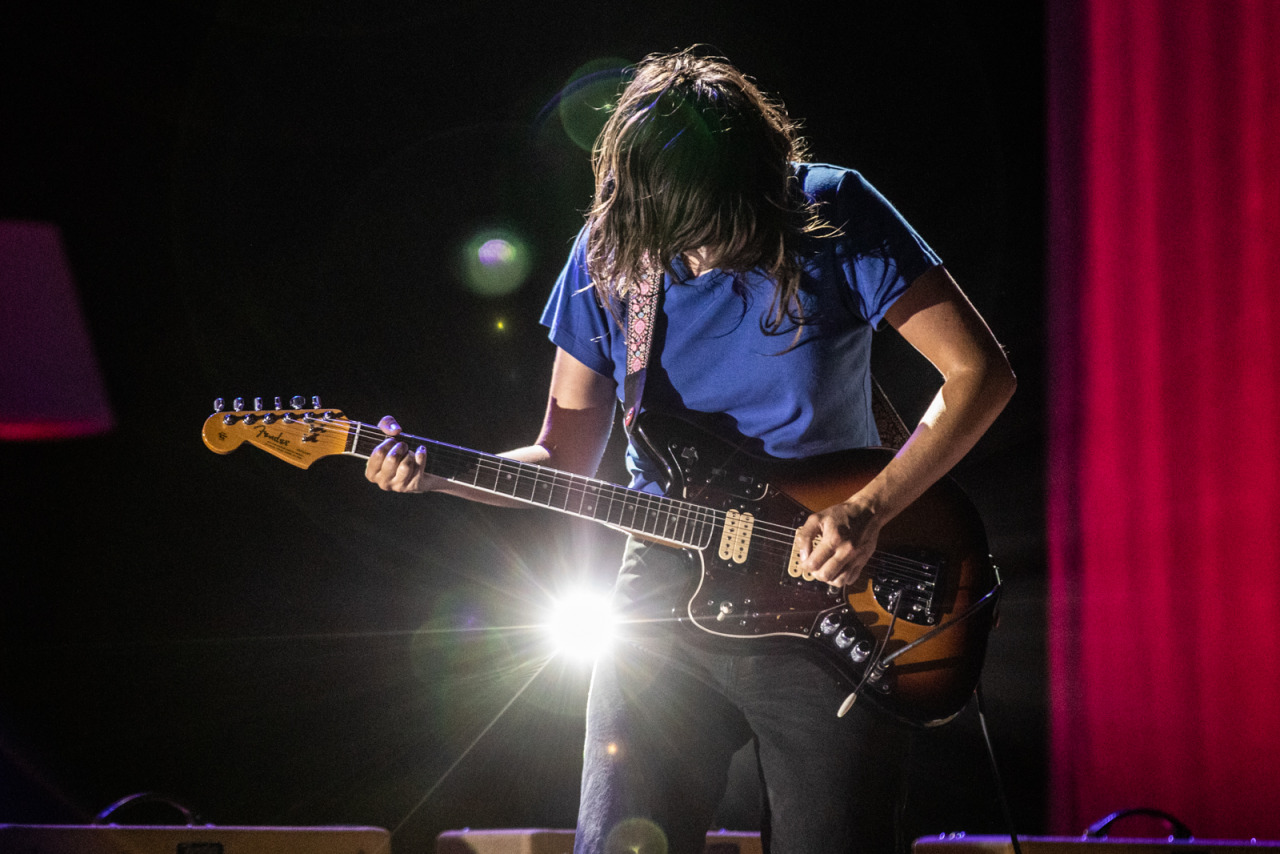 Hey, guys: Do we sit or stand at seated shows? Let’s not spend any more time in the weird liminal “Are we doing this? Well, the person in front of me is doing it, so I guess I am, too” zone and make an executive decision once and for all. This is very much a question that comes down to vibe. In the case of Courtney Barnett at Radio City Music Hall on Thursday, sitting down seemed to be not exactly her style. The lights projected zebra-patterned circles, snowflakes and other designs on the ceiling, incongruous to the fanciness surrounding her. (I personally wanted to wrap myself in the luscious curtains and take a nap — it had been a very hot day and it was cozy in the air conditioning.)

From the upper rows of the concert hall, the stage at once seemed too big and too small for Barnett. You could see her wandering about on it in front of rows of lamps and of tweed Fender amplifiers, thrashing on her guitar. I — perhaps accidentally — got an all-access pass, so I scooted down to the front row to get a better opportunity to soak in the Courtney Barnett energy, and I’m glad I did.

With each album released since her meteoric rise following 2015’s Sometimes I Sit and Think and Sometimes I Just Sit, Barnett’s music has become more considered and intimate, to the point where on this tour she’s now bringing us into her living room. OK, that makes sense: Last year’s Things Take Time, Take Time was a quiet one. Up close, you could feel the textures of the room Barnett was building around the audience, with soft lights and delicate textures, so that on more bombastic moments like the penultimate “Pedestrian at Best,” from Sometimes I Sit, drummer Dave Mudie and Bones Sloane — longhaired and bearded as all bassists have been required to be since the passage of the All Bassists Have to Have the Same Vibe Act of 1997 — blew a hole in the ceiling, and in closer “Write a List of Things to Look Forward To,” you could feel every word. —Adlan Jackson | @AdlanKJ