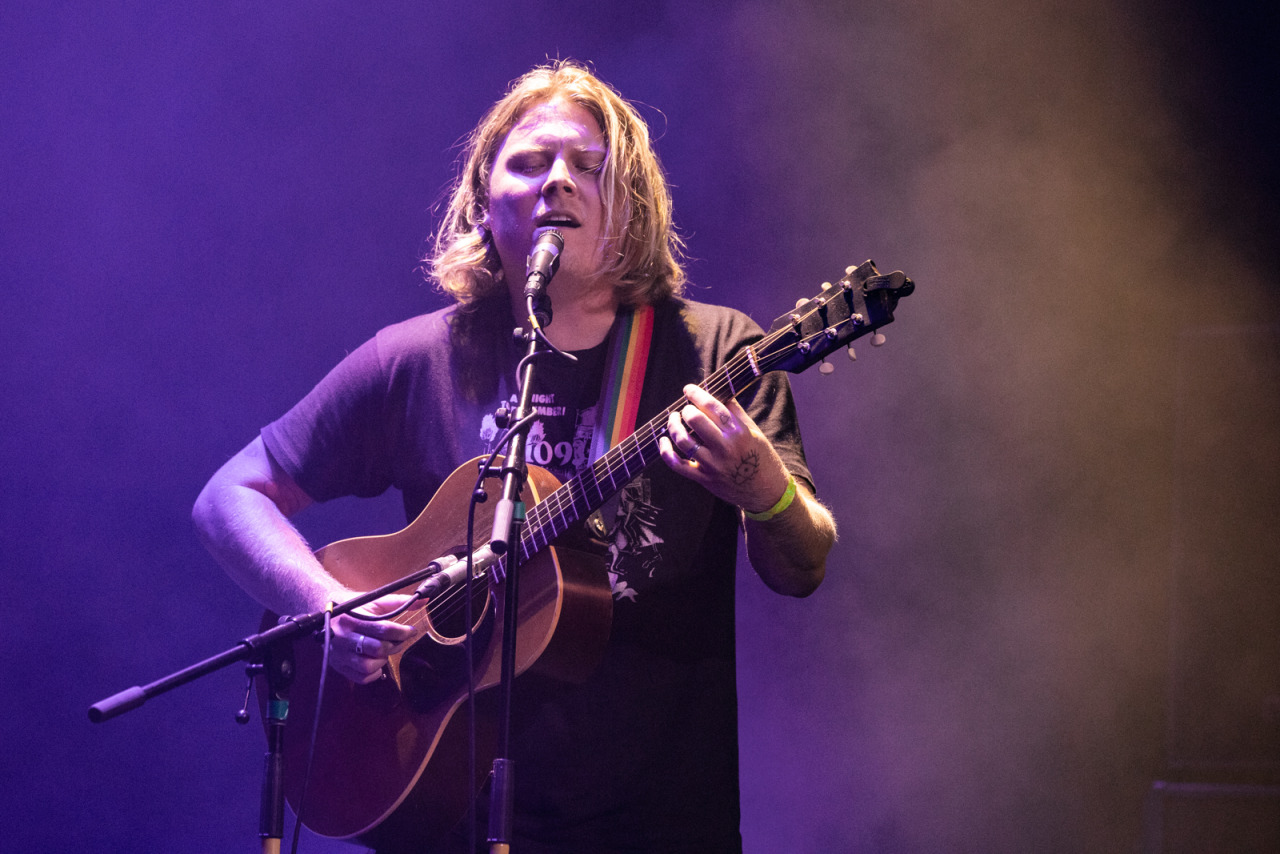 Sometimes the words we employ to describe music get so overused that they start to lose their original meaning. Words like shred and jam — do they even mean anything anymore? Maybe it’s time to make up some new terminology and, after seeing Ty Segall & Freedom Band play at Brooklyn Steel on Saturday night, I am going to suggest a new word: tysegall. Because he and his stellar band may have shredded and they may have jammed, but they most certainly tysgalled the heck out of that room. But before they got to that, it began with Segall alone, madly strumming an acoustic guitar on “Squealer,” a nice transition from the lovely solo opening set from Shannon Lay. Guitarist Emmett Kelly joined Segall for several other acoustic numbers, ragged and somewhat melancholy, holding off the ready-to-rumble audience for a few extra minutes, ending the miniset with “Californian Hills,” singing, “American nightmare / Guilty generation / Fingers on the pulse of their parents’ alienation / From the history, histories of Western civilization.”

The end of the acoustic section became noisily free-form as the rest of the Freedom Band joined, guitars swapped to electric, the lights going fiery red and yellow, and (earplugs in!) the tysegalling commenced in earnest. The sound flipped between metallic sludge and clean-toned sparkle, the dueling guitars finding a foothold in each other on a bed of the heavy-duty rhythm section. Tysegalling started heavy, went heavier and then circled back again, the Who to raised-devil-horns to body-slam explosiveness to Grateful Dead noodling. About 30 minutes in, Segall kicked into “Whisper” with squealing guitars and falsetto backup vocals giving way to stomach-churn riffage and doubled-over drum patterns, the band finding a next gear they would ride for the rest of the night.

A cooldown with Segall singing, “I’m looking at you for the very first time” still ignited with bright-shine two-guitar jams and then transitioned expertly into “Alta,” which delighted with heavy prog and FM radio nostalgia both, a drawn-out middle section providing one of the evening’s highlights. The latter half of the show featured “Harmonizer,” with layered motifs creating complexity out of simplicity, and “You Make the Sun Fry” with plenty of big, messy tysegalling — Brit psych wrapped in American garage. The set finished with a fitting-for-a-Saturday “Saturday Pt. 2,” Segall kind of understating things, singing, “I feel OK on Saturday” as the crowd moshed below him. He returned with the acoustic to start the encore, doing “My Lady’s on Fire” solo before the band came back out to tysegall once more, channeling Crazy Horse and more on “And, Goodnight,” bringing plenty of meaning to words old and new.  —A. Stein | @Neddyo