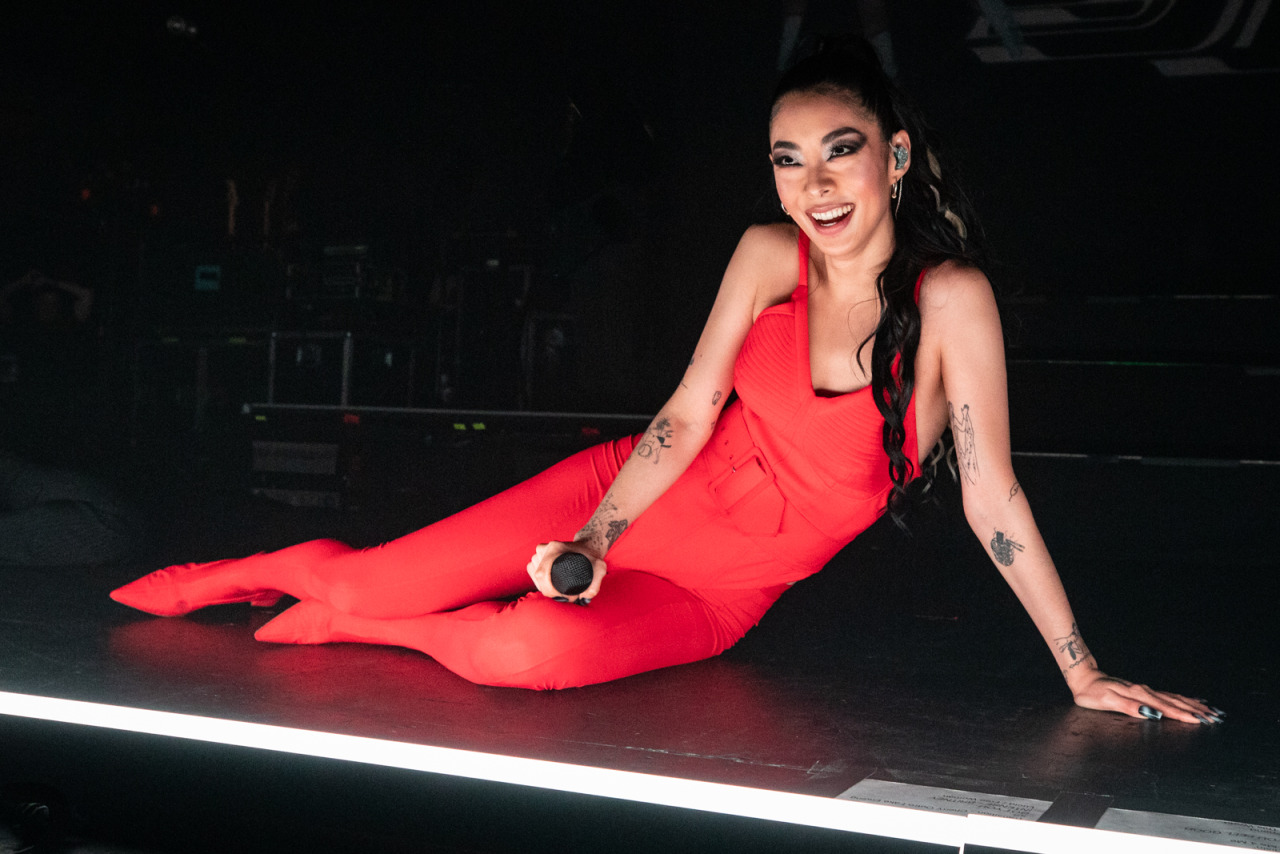 I walk slowly, so whenever I go to a show at Terminal 5, I’ll see the parade of concertgoers heading down 56th Street to the edge of the island. After watching a few dozen fans pass, I start to construct an idea of the music that’s playing at Terminal 5 that night through outfits alone—every flannel shirt on 56th Street on Wednesday night was probably going to PUP. By Friday, though, 56th Street became a runway from the turn of the millennium, platform Doc Martens clip-clopped down the way, on the heels of fans wearing neon pleather jumpsuits. Rina Sawayama was waiting. Her sound is a Y2K throwback with an emphasis on the unhinged sonic eclecticism of the era: She’s glam metal via Britney Spears—keytars and acrylic nails, distortion pedals and leather jumpsuits.

There comes a time in all our lives when we realize that pop music doesn’t quite have its own sound in the way we always thought it did, that there’s no pure pop. Pop is a genre made from a little bit of every other genre—what I thought was the sound of pure pop growing up, I later learned was a cobbling together of New Jack Swing through a production style adapted from hip-hop. So, what pop really is is freedom. That’s where Rina Sawayama and her class of cerebral hyperpop stars—Charli XCX, Caroline Polachek—intent on remaking pop in their own future-nostalgic vision come in.

On Friday night at Terminal 5, Sawayama debuted a new pop-punk-flavored ode to her mother called “Catch Me in the Air” and announced she had a new album coming later in 2022. Artists like her construct the idea of pop star out of anything. In Sawayama’s case, it’s what she remembered as pure pop—Britney Spears and J-pop idol Utada Hikaru. And the show was transportive through the precision of its references and through the singularity of its vision.  —Adlan Jackson | @AdlanKJ