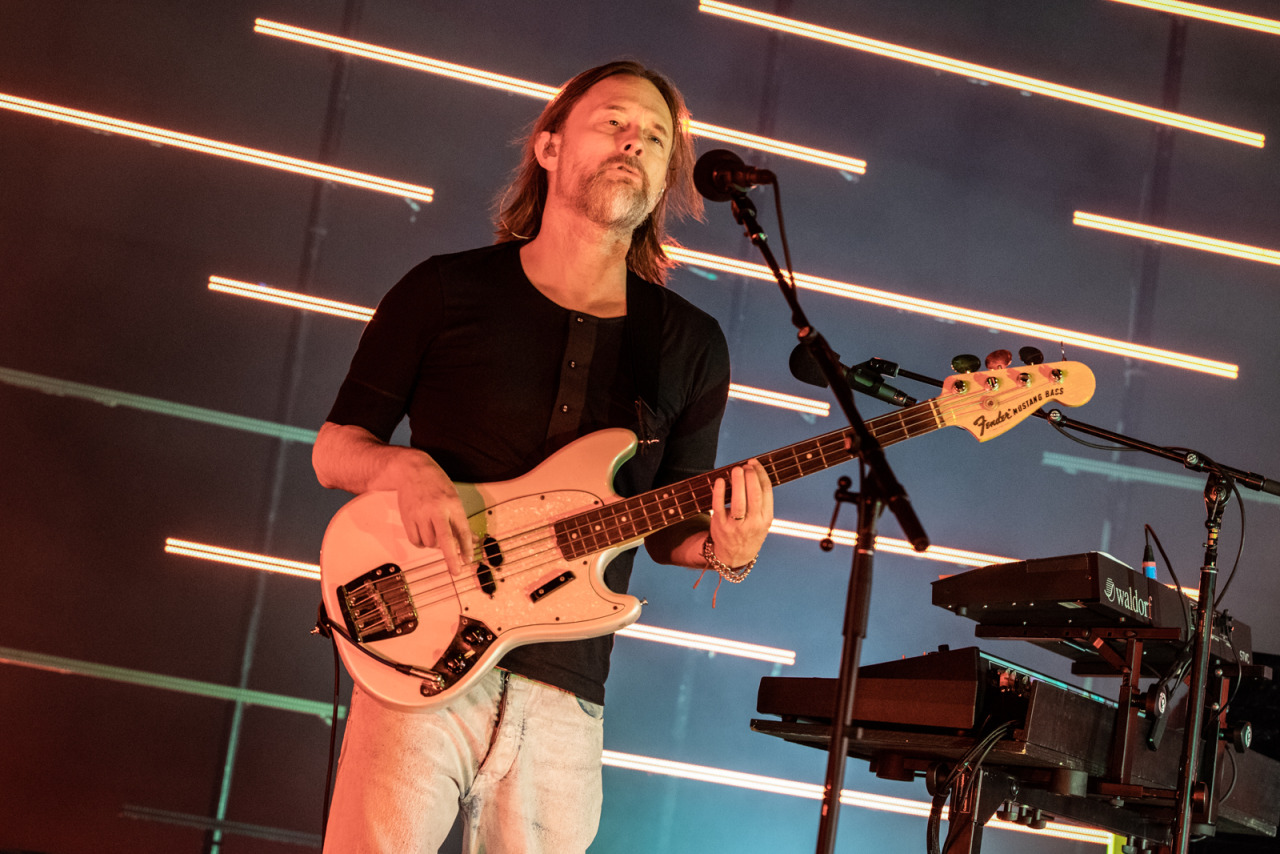 The Smile Sound Right at Home at Kings Theatre

All I ever heard about Thom Yorke performing was how much he hates it, how reluctant he is to occupy the spotlight, an introvert cursed by his genius to be on parade. But after seeing the Smile play Kings Theatre on Friday, I realize that couldn’t be more wrong. The guy’s a total ham. Beside Tom Skinner, the British jazz drummer formerly of futurist group Sons of Kemet, Yorke and fellow Radiohead auteur Jonny Greenwood appeared totally liberated. “We performed this song on Fallon last night, after Martha Stewart,” said Yorke to introduce “You Will Never Work in Television Again,” the single from the supergroup’s debut album, A Light for Attracting Attention. “Figure that out!”

It was the kind of giddily delivered joke from a guy clearly having a blast on the Kings Theatre stage. Each band member was nested in his own battle station of instruments and amplifiers. Joined for most of the latter half of the set by avant-garde jazz saxophonist Robert Stillman, who was also the show’s opener, they seemed utterly at home. Skinner and Greenwood would go off on a groove — the Smile are built, fundamentally, on groove — and on the occasional moment when Yorke wasn’t playing bass or guitar or piano or the Rhodes that was being wheeled around the stage between him and Greenwood, he’d just dance, as if Kings Theatre, in all its gaudy Jazz Age rococo splendor, were his living room.

Greenwood was doing a little shuffle himself, don’t think I didn’t catch that, all the while bowing his bass and coaxing other keening sounds out of his tools. Inspiration pulsed from the stage — even as the band played all A Light for Attracting Attention, they added no fewer than half a dozen new songs they’ve been writing on the road. “We’ve only got one album,” wisecracked Yorke. They all sound great, and he knows it. —Adlan Jackson | @AdlanKJ