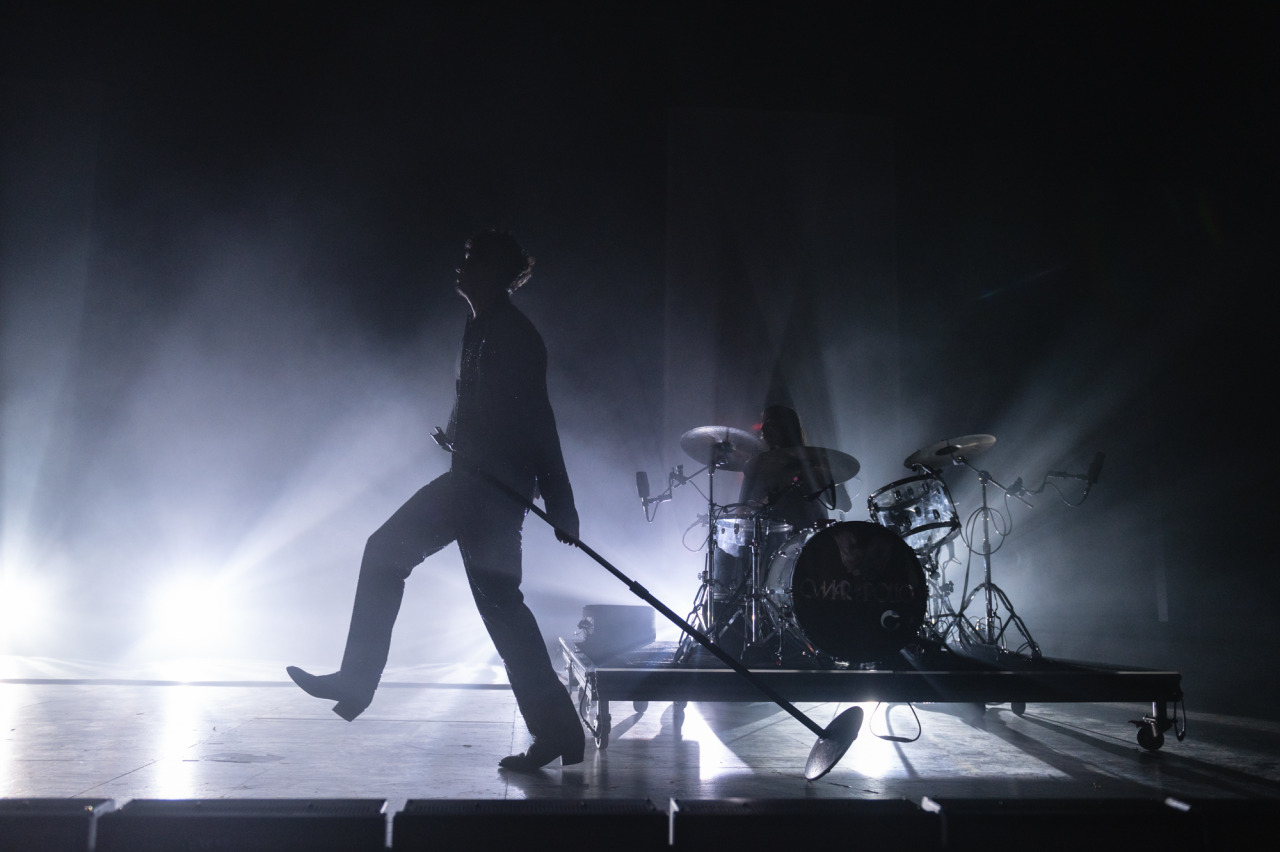 Omar Apollo Has Everyone Singing Along at Kings Theatre

Newly minted Grammy nominee Omar Apollo has been on a meteoric rise since he uploaded “Ugotme” to Spotify a mere five years ago. Garnering additional fans with the release of his 2020 mixtape, Apolonio, and his debut studio album, Ivory, this past spring, Apollo has been on tour supporting the record, making stops at NPR’s Tiny Desk for Latinx Heritage Month and at Good Morning America for his live morning debut, plus a first performance on Jimmy Kimmel Live!. It’s only time until Saturday Night Live has him as a musical guest (remember to give me credit when that happens). Playing the first of two sold-out weekend shows at Brooklyn’s Kings Theatre on Saturday night, the ornate space was bursting with anticipation from post-Thanksgiving merriment. Once the lights went down, people were immediately on their feet and remained standing for the entire show.

Donning a sequined two-piece ensemble, Apollo strutted onstage to the intro of “Ivory,” bathed in a backlight of red. He wanted “to shine” for New York City, and that he did, commanding the room with not only vocals but also a natural presence amongst a packed house. Showered with blue overhead lighting, the 25-year-old grooved into his set with the sultry “Killing Me.” He wasn’t shy about dancing throughout the evening, from a merengue tilt on the trappy “Frío” to a pop-and-lock teaser at the end of “Tamagotchi.” The eclectic audience was a prism of identities when Apollo made a “Where are all my gays at?” callout followed by “Where are the Mexicans?” Red, white and green flags were peppered across the room as the singer-songwriter serenaded in Spanish on the traditional “En El Olvido” and “Dos Uno Nueve (219),” an ode to his hometown of Hobart, Ind.

The crowd couldn’t help but sing along, especially on the infectiously catchy “Endlessly,” which was an easy repetition of the last words of each choral verse. A digital backdrop of falling rain cascaded behind Apollo on the ballad “Petrified” as cell phone lights illuminated the entire venue. “Felt like Mariah,” he responsed to the moment, which is fitting since she’d be his dream collab. The last quarter of the show flowed into more mellow vibes with fans happily filling in for Kali Uchis on “Bad Life” and “Hey Boy.” The TikTok sensation “Evergreen” ended the set, only to be one-upped with an encore of the breezy farewell “Go Away.” Needless to say, Brooklyn was enamored, and here’s to the Recording Academy making Apollo a winner in February. —Sharlene Chiu | @Shar0ck